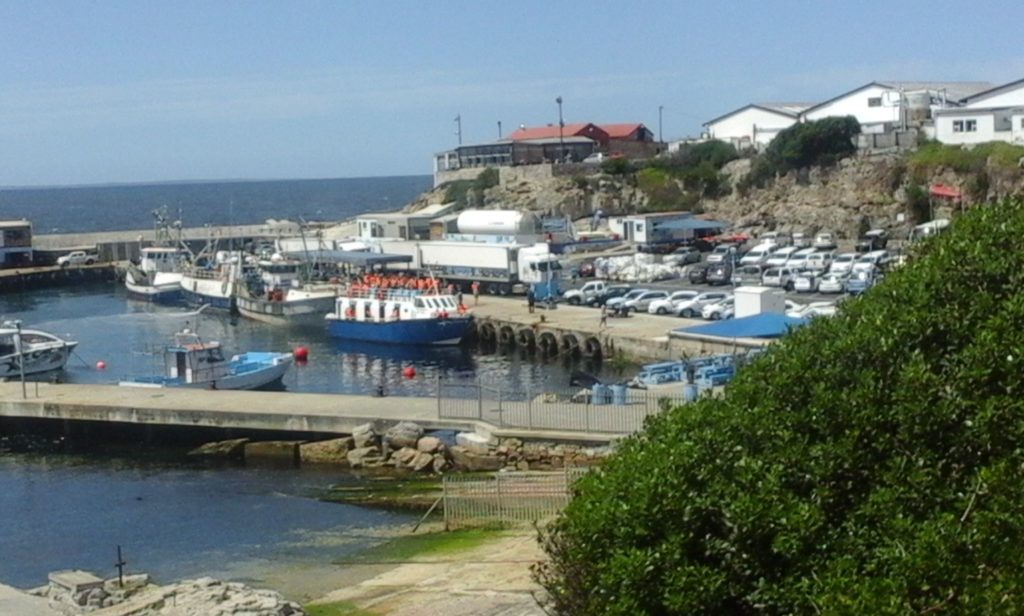 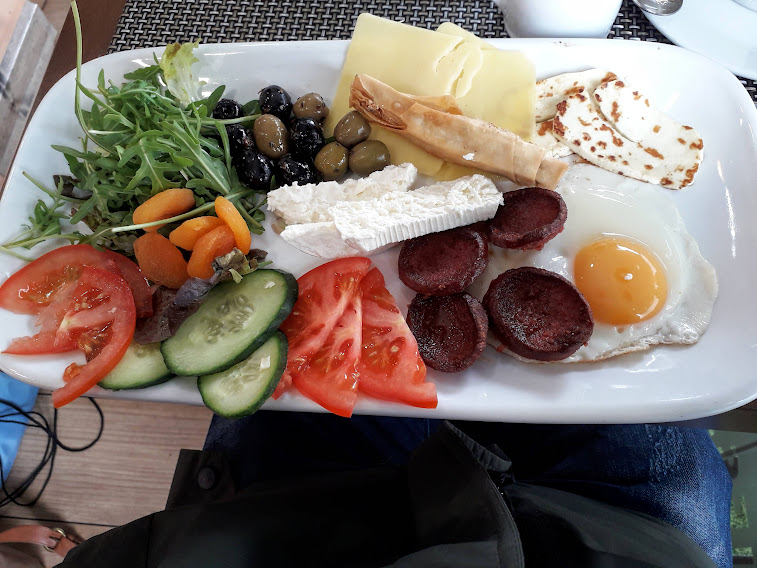 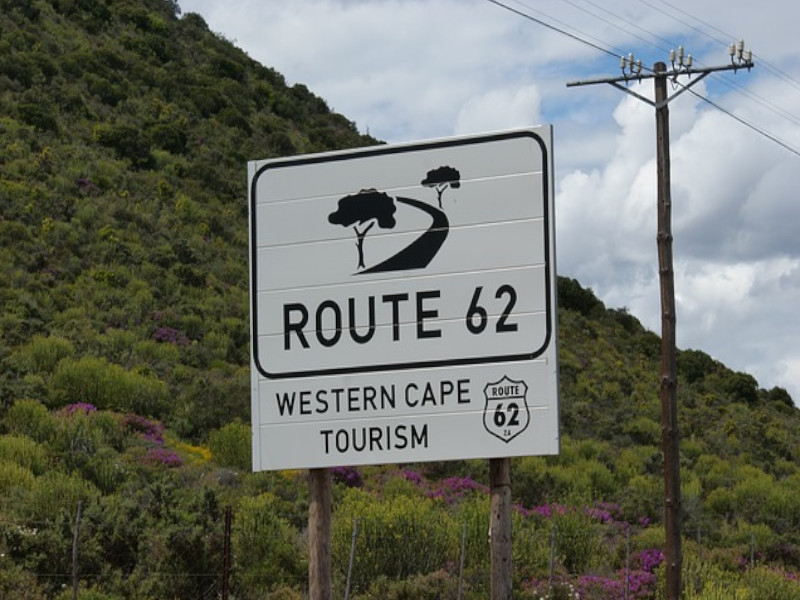 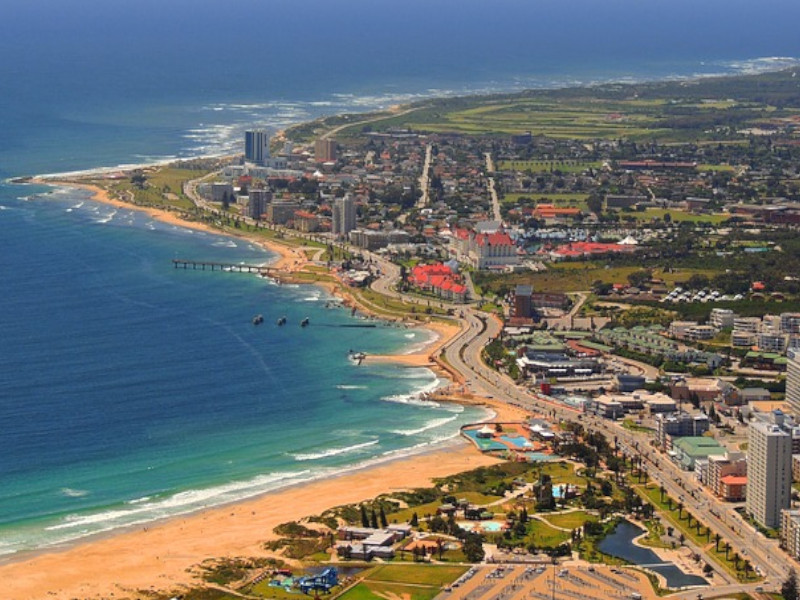 Garden Route and Addo National Park . It is the beautiful stretch of coastline that starts from Stilbaai and Albertina Towns. Winding its route for more than 200 km past George, Knysna and Plettenberg Bay. Finally coming down to Tsitsikama known for its giant trees and birdlife. The coastline from Mossel Bay to Plettenberg Bay is close to 300 km long. It is among the most visited tourist destinations in South Africa.

The town of George was established due to the growing demand of timber and wood used in for transport, furniture and building. It’s located on a 10-km plateau on the foot of the Outeniqua Mountains to the north and the Indian ocean to the south. While the plateau is fertile and lush greenery, behind the mountains the Klein Karoo is semi-arid. The Klein Karoo known for its gigantic beautiful castles built from proceeds of the ostrich boom back in the late 1800s. Today ostrich farming is still rife.

The Garden route is a perfect escape for adventure from scuba diving, abseiling, fishing and more. In ‘Plett’ there is the famous ocean safari, a search for sea mammals including the dolphins, whales and sharks. Tsitsikama national park combines the marine and land attractions abundant birdlife.

Oudtshoorn is the ostrich capital of the world. The world’s biggest bird has it’s perfect home here. It is also the gate way to the Cango caves, a series of caverns and chambers naturally hewn out of limestone just 40km from Oudtshoorn. The Cango caves are among the top ten most visited places in South Africa.

Garden Route further stretches on the southern coast from Heidelberg to the Storms River. The coastline is dotted with beaches and bays and vividly coloured wild flowers as the mountains overlook the shores.

Addo elephant national park on the other side is just 70km from Port Elizabeth town located on 120 000 ha of land of thick bushveld of the Sunday River. It was established in 1931 to serve 4 elephants that were at the brink of extinction.  Now it boast of 350 elephants, cape buffaloes, black rhino and a few antelopes.

As you drive back to Cape Town further inland is the Greater karoo.  A semi arid valley providing the ideal habitat for ostriches farmed here.

After fun at the sea we take to Addo National park. The park is home to 350 elephants, many kudus and other  antelopes. An interesting bird life, buffaloes and zebra. The view points in the Park and the picnic sports are wel up to standard for a family outing.

We head to the little Karoo via Oudtshoorn to the Cango Caves. A stop at one Ostrich farm as we make our way down the popular Route 62.

Depart from Cape town at 09H00 as we head to Tsitsikama. We pass through Hermanus for a short coffee break in the small town and walk on the beach which is home to the whale watching. The amazing scenery of the Garden route takes us all the way to places like the Wilderness to Knysna where we stop for lunch break. As we drive through we have the opportunity to have information on popular landmarks and historical sites throughout the tour so as to bring you closer to understanding Africa. In Knysna we visit two places, the Holy Trinity Church and Margaret’s viewpoint to learn a little about the whaling legacy.
After lunch we proceed to Plettenberg and arrive at our accommodation shortly before 18H00.

Today we have a day of activities in Tsitsikama first in the National park where we would do a little hiking for about 2 hours passing also the suspended bridge. It encompasses a marine reserve, deep gorges and local vegetation like the Big Tree, a towering yellowwood. The Mouth Trail crosses a suspension bridge over Storms River.

After the hike we meet for lunch in the National Park again by the beach.In the afternoon there are quite several optional activities to do like Tenikwa wild cat encounters for the cheetahs or Birds of Eden and Monkey land which are just side by side or you can test your fear on the Tsitsikamma bridge for bungee jumping.

Today we proceed shortly after breakfast to Addo National park as we enjoy again the scenery going to Port Elizabeth. We should arrive just before 13H00 hours and have lunch before we head to the national park for our afternoon Game drive at 14H00 up to sunset. Addo Elephant national park lies on 120 000 ha of land on the thick veld along the Sunday River. Home to more than 350 elephants, cape buffaloes, kudus and many more antelopes not to mention the abundance of bird life here.

We head to our accommodation after sunset.

Today its whole day of Game drive in the Addo NP. You go on 4×4 safari vehicles for all the day game driving through the and stopping at viewpoints and picnic sites. We head off shortly after breakfast and we will also have lunch in the national park.

After sunset we head to our accommodation.

Today we head back to Tsitsikama soon after breakfast and make a stop over at Jeffreys bay. Jeffreys Bay is popular for International surfers who flock here to catch the legendary waves in a paradise of sunshine , aloes, dolphins, shells etc. you have the option to go on sea safari on speed boats to sport sharks, whales and dolphins on speed boats, kayaking or just swim on the dolphin beach or take a walk on the Paradise beach. Lunch will be at one of the restaurants on the beachfront with a wide range of sea foods.

We proceed to our accommodation in Tsitsikamma.

After breakfast you proceed to Oudtshoorn where we overnight today.

Oudtshoorn is a town in the Klein karoo region of Western Cape province. The ostrich palaces mushroom the small town here. The great feather boom which began in the 1870s gave rise to the demand for export of feathers to Europe. The growth of ostrich farming was unstoppable with huge profits resulting in the construction of luxury palaces and a legacy that still describes Oudtshoorn.

Outside Oudtshoorn town 28km away lies the Cango Caves. The vast underground caverns that make up the caves lay in the limestone foothills of the Swartberg mountain range with tunnels and chambers stretching for 4km. You get to go on a guided adventure tour where you get to negotiate your way to the Devil’s Chimney and crawl through the Devil’s Postbox.

You visit the ostrich farm on arrival in Oudtshoorn. We should arrive by 13H00 in time for lunch. After lunch we visit the Cango caves.

We depart Oudtshoorn as we proceed to Cape Town via the Greater Karoo region on Route 62. The scenic route 62 , between Cape Town and Oudtshoorn has been named by CNN Travel as the world’s best road trip destination known as the”The road to the unexpected”. The journey takes you through Ronnie’s sex shop, The wine route through the town of Robertson, a well established town of wine estates with the country’s award winning brands. Amazing desert scenery you will travel through a lot different from the evergreen Garden Route.

After lunch still on Route 62 we make our way to the mother city Cape Town. You arrive in Cape Town at 17H30. Tour ends!!!!

8% Off
From €780
per Adult
Need help with booking? Send Us A Message