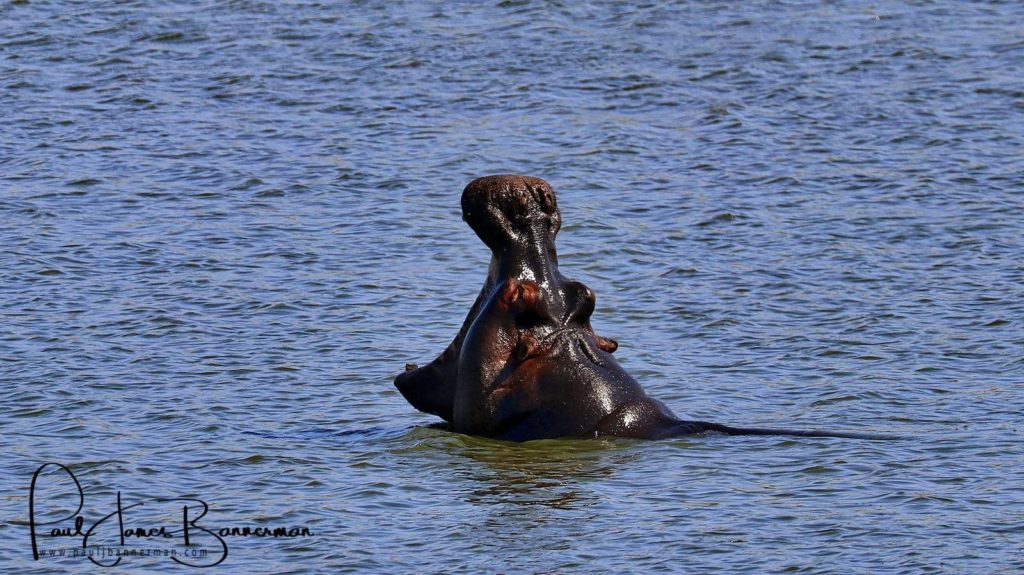 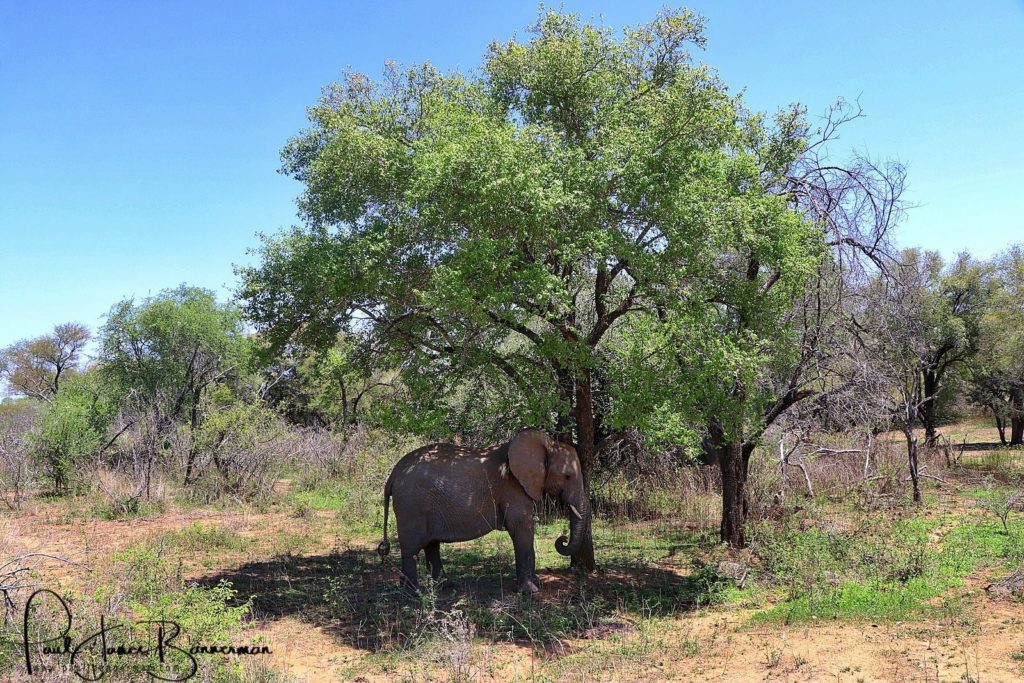 Best Botswana safari in a country abundant with nature and wildlife in the world. Botswana Safari gives you a preview of life in a semi-desert, where humans and nature harmoniously live. The Khoisan and the Tswana people have rich traditions that has been kept sacred to their land. In a vast country of close to 600 000 sq km, only 2.5 million people live here making it one of the most sparsely populated in the world.

But there is much more to Botswana that makes it stand-out. Its size is relatively the same as that of France or Madagascar. The Kalahari desert takes 70% of the land. The Okavango Delta, one of the biggest inland deltas in the world lies in the northern part with a buffer zone of 22 000 sq km. It gives a semi-forest wetlands in what could have been just a desert. In the north-east is the once very big lake Makgadikgadi. It has since dried up and left salt pans, which suppress growth of vegetation. Yet during the rain season the salt pans attract many species of birds and wildlife.

Clearly wildlife habitat is diverse in Botswana. From the delta to the Kalahari desert, the grasslands and savannas where grazers are mostly found. The Chobe National Park lies close to the confluence of the Chobe river and the Zambezi River, the fourth biggest in Africa. The park is 11 000 sq km and has the largest concentration of the African elephant, close to 205 000.

Chobe National park and Moremi Game Reserve are mostly visited tourist destinations in Botswana. Makgadikgadi Pans and Central Kalahari Game reserves are other interesting destinations for wild safari. Best Botswana Safari Tour gives you all these destinations in 10 days. Experience fun in the wild in Africa’s best country for safari. In the remote jungle where 4×4 vehicles and mokoro traditional wooden boats can explore.

Best Botswana Safari Tour explores the Chobe National Park through Savuti. You enter into Moremi Game Reserve for game drives before you embark on the mokoro canoe boats for the experience of your life. Navigate the channels of the Okavango Delta as you hoop from island to island. While the mokoro experience is not a game drive, you’ll end up viewing wildlife from the channels as the Delta is home to thousand of animals.   Get to Maun for a bit of a break from the jungle before you take on the Makgadikgadi Pans and the Central Kalahari Game Reserve. The Tour ends in Windhoek Namibia. Its a feast of wildlife adventure and the beauty of the desert.

Victoria Falls Zimbabwe one of the seven wonders of the natural world. The view of the biggest curtain of waterfall in the World that spans for 1 700 metres plunging to a depth of more than 100 metres. The showers from the waterfall supports a tropical forest and unique in a very hot climate of the Zambezi basin. There is more adventure activities to take part in once you are here. View our page on Activities.

Today soon after breakfast you’ll drive 80 km to Kazungula border where you enter Botswana. Just after lunch you set off for a game drive in the Chobe National Park. It’s 11 000 sq km and known for it’s high concentration of the African elephant. Other big mammals to watch out are the buffalo, giraffe and antelopes. The maraboo stock is one of the ugly five birds present here and the vultures and the fish eagle. The boat cruise in the afternoon is a very good chance to view game as they cool down from the day’s heat. Accommodation: Thebe River Lodge

You have a morning game drive in the Chobe National Park as you go to the other side of Greater Chobe. Have more game viewing around Savuti. Accommodation: Savuti Camp

From Savuti to Moremi explore the sandy roads and drives around as the mopane woodlands dominates vegetation. Different species of animals you would have seen already. The Game Reserve is outside the Delta. A good chance already to see the change of landscape and vegetaion influenced by the vast delta here. Wildlife is abundant around the park especially birds of all colours and species. Accommodation: Moremi Camp

We leave early in the morning . You get a transfer to the Poler station. You canoe on the traditional wooden mokoro to an island inside the Delta where you can overnight. The mokoro is a wooden dugout canoe pushed by polers around channels of water of the delta. Although not a game drive, you will most likely come across quite a good number of birds as well as mammals. Accommodation: Okavango Delta.

You take the route to Maun through the channels of water to the poler station. You’ll arrive in Maun just by lunch time. The day is left for your errands in Maun Town as you take a break from the jungle. Accommodation: Sedia lodge

In the morning you drive up to Makgadikgadi national park. You have game drive around the park as well as visit the salt pans. Later in the day you have sunset at the pans. Accommodation: Makgadikgadi

After breakfast you drive down to the Central Kalahari National Park. As you drive through the national park enjoy the sand of the Kalahari roads. You drive to the around all day and have stops for lunch breaks. Your campsite will be inside the park. Accommodation: Tau Pan Camp

You explore the remainder of the Central Kalahari this morning making your way out of the park. You drive to Windhoek arriving late in the afternoon. Accommodation: Heja Game lodge

Today the last Day of the Tour. Enjoy the City of Windhoek Tour that lasts for 21/2 hours. After the Tour of the City the Tour ends here!!!

Expand/Close
How fit do I need to be for this Tour?

You don’t need to. Anyone can go on this tour and all age groups are welcome. However you just need to be able to walk on rocky surface for just about 2 km. For the mokoro canoeing you just need basic swimming skills.

What is the climate?

The climate varies seasonally as you travel through the region. Summer months are generally wet and hot. But rainfall here is very low in the Kalahari desert. Day temperatures can go as high above 36 degrees while nights can be still above 22 degrees. Winter months warm by day but mostly cool to cold overnight. Summer is from September to February. Winter from March to August.

What about battery charging and hot shower facilities?

Chobe-Savuti-Moremi there will be no hot showers nor charging facilities. In Kasane and Maun you will have hot showers as well as charging ports. In the Kalahari and Namibia you’ll have both.

Are there ATMs on the way?

ATMs will be available in Kasane, Maun and Windhoek.

Once in a while we get connection usually when we get to campsites and lodges . Most of the way during our travels there won’t be connection on the way. However you can buy a local sim card and register it with the local providers to stay connected most of the time.

Do we have a Guide on Tour?

Yes all our Tours are designed to have a Guide/driver as well as a chef. The Guides are fluent English speakers however we have other Tours that can have a translator for German, French or Dutch.

Powered by WordPress | Theme by TheBootstrapThemes