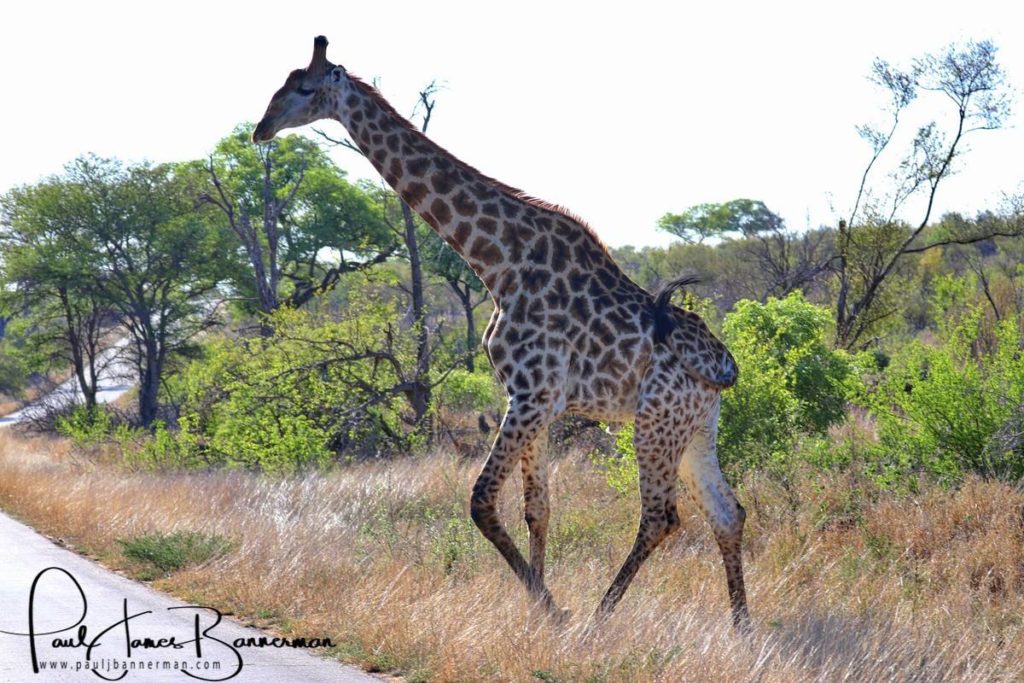 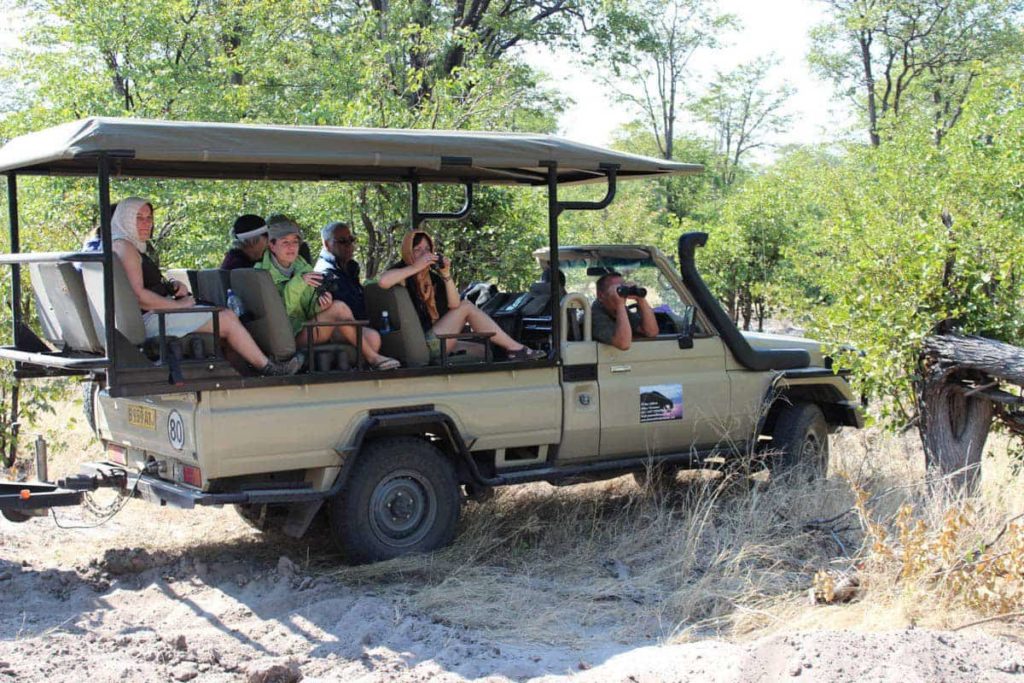 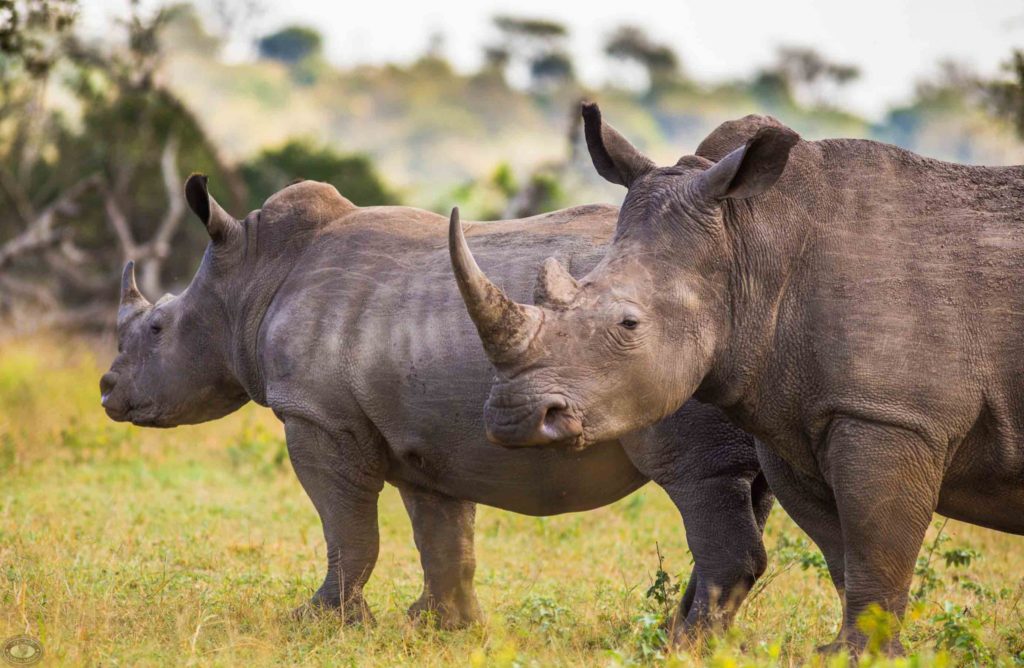 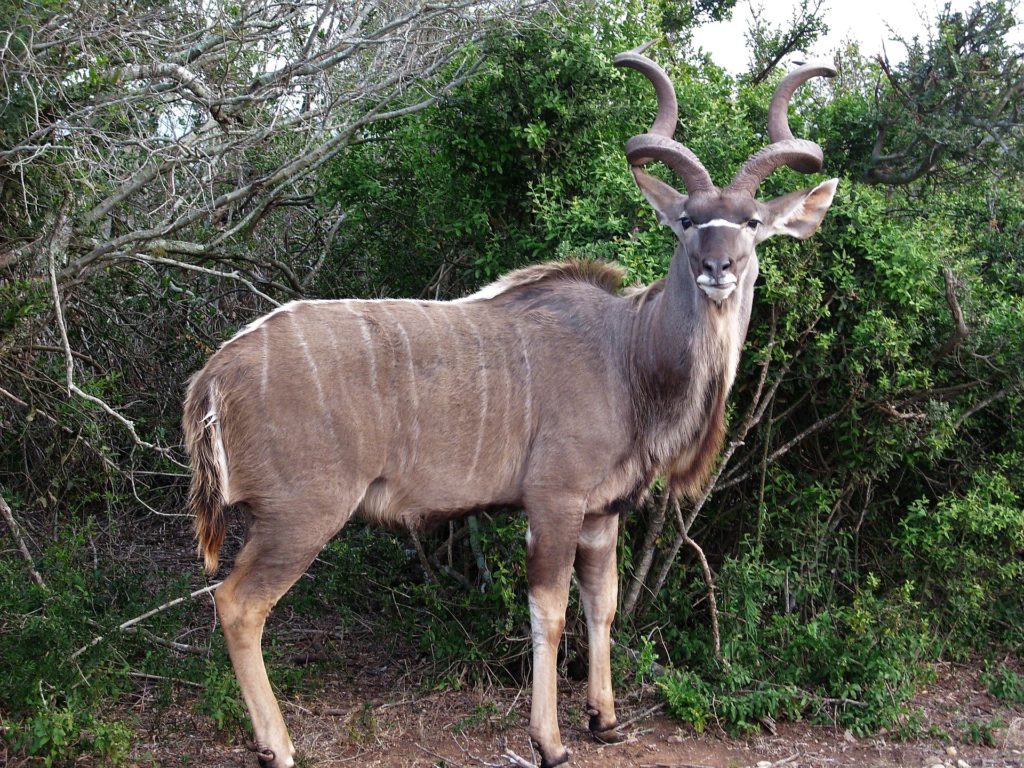 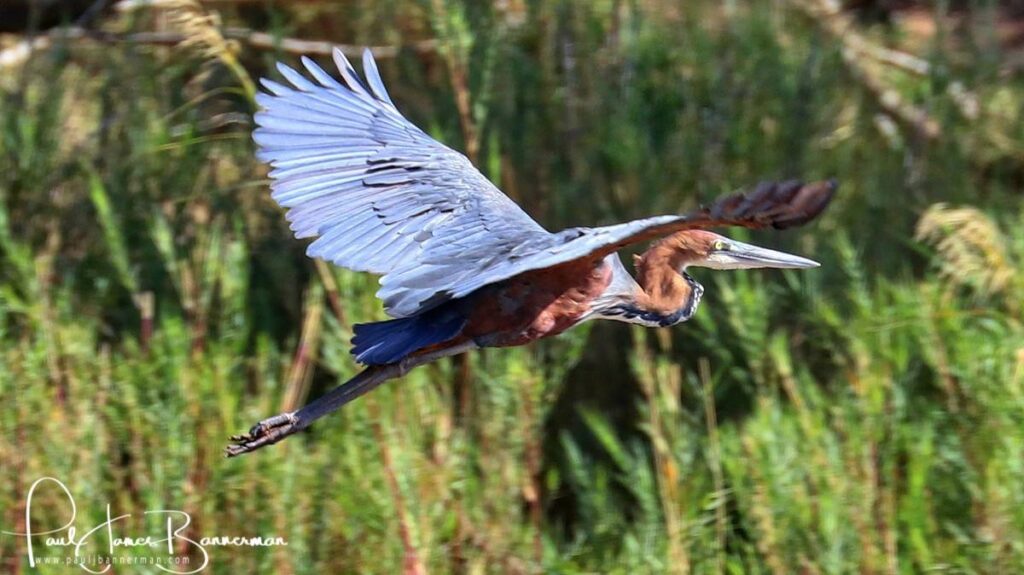 Johannesburg to Victoria Falls Safari Tour is a complete experience of safari in Africa. The journey takes you through 3 South Africa Top Safari countries. The habitat of the different biomes exhibit clearly the difference in their survival and ecosystem.

Starting from the North-west province of Pilanesberg. This Game reserve is defined by alternating ridges and valleys. The Pilanesberg Alkaline Ring Complex, a crater of a long-extinct volcano, is the main attraction of the park. One of the largest volcanic complexes of this type in the world is 1 200 million years old.

Pilanesberg is relatively medium, covering just 572 sq km. The park lies in the transition zone between Kalahari and the low veld. As a result, there are overlaps in mammals, birds and vegetation.

From Pilanesberg you drive down to Marakele national park. Home to the big five-game, the park lies just outside Thabazimbi Town. It is 670 sq km and in the heart of the Waterberg mountains and characterized by contrasting mountain landscape, valleys and hills.

Driving into Botswana through the Grobler’s Bridge, we head straight to Serowe. As you drive further to Maun, you’ll have already seen much of the Kalahari desert. The low aridity of the desert supports a variety of flora. The native vegetation being the acacia species and grasses. Low precipitation with dense ground cover. The Kalahari is not a true desert. 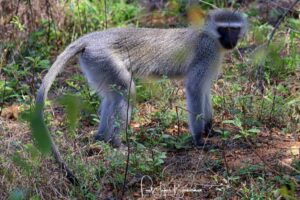 The sheer variation of the country from the arid Kalahari to the lush, well-watered forest glades makes Botswana so special. Okavango delta has spectacular herds of elephant and buffalo alongside prolific populations of predators. Its vegetation is very lush and capable of supporting a high density of game even in the dry season. The floodplains support a great deal of wildlife that includes elephant, wildebeest, giraffe, buffalo, zebra, antelopes and more.

From Okavango you head to Chobe national park in northern Botswana. The Kalahari sand veld is a general term used to describe plant communities that thrive on Chobe’s extensive areas of Kalahari sand. Notable are the vachellia, senegalia, terminalia, and combretum species. They appear to range from very open savannah with a few tall trees to quite dense shrubs which tends to be difficult to walk.

Game migration in Botswana is a modest but noticeable drift of wildlife from the main water points of the Chobe, Linyanti, and Okavango around the start of the rains. That’s usually sometime in November and then a gradual return as the dry season kicks in. On this Johannesburg to Victoria Falls tour, you’ll  surely discover a lot about Botswana.

The huge Makgadikgadi Pans are the residue from ancient lakes. High concentration of mineral salts suppresses plant growth on the salt pans. Consequently, when it’s dry there are no plants here. However when they fill with water algal blooms appear at times attracting the attention of flamingos.

The Chobe river flows into the Zambezi River, the fourth biggest river in Africa. We know Chobe for its high concentration of elephants. It lies in the Kazungula-Zambezi Transfrontier-Conservation Area all the way to Victoria Falls.

The confluence of these two rivers is no doubt a major factor in the high density of game in the Chobe area. Game can be viewed from the river Chobe which is part of the Chobe national park. The Kazungula-Zambezi Transfrontier Area is a paradise of wildlife in Africa complementing the Okavango Delta. It is no wonder Botswana is indeed a safari country. This Johannesburg to Victoria Falls tour has been well crafted for safari first time experience and seasoned safari enthusiasts.

Victoria Falls sums it up with a magnificent curtain of waterfalls never seen in the world. It’s one of the seven wonders of the world. ‘The sight of Angels on flight’ as David Livingstone described it.

Pilanesberg National Park – This park in the Northwest of province has a good population of lions, leopards, black and white rhino, elephants and buffalo. The near extinct brown hyena has been spotted here as well as the fleet-footed cheetah. Birds population is also significant. Marakele National Park – In the heart of the Waterberg Mountains, a transitional zone between the dry western and moister eastern regions of South Africa. Its famous for the cape vulture, the rare reedbuck, mountain reedbuck, tsessebe and eland among other animals. Okavango Delta – Its a place of lush islands of reeds and flowers with an excellent population of wildlife far from human settlements as its not easy to live in the Delta. You will be way inside the delta where you can only navigate on mokoro, the common means of transport here.

You meet the rest of the group for the first time today and also your Guide. Formal introductions and detail of how the Tour is going to be run will be the agenda. Once you are done for the check-inn and the briefing by your Guide, you set off to Pilanesberg in the Northwest province. In the afternoon you go on your first game drive in the national park. The safari customized vehicles for game drive will be used for easy viewing of game. Accommodation: Pilanesberg National Park

You start your day early for game drive in the Pilanesburg national park and aim to be out of the park by mid day. You drive for 2 hours to Thabazimbi where you will go to the Marakele national park for another sunset safari drive usually starts at  16:00 hours.  Accommodation: Thabazimbi Africa Hotels

Today you leave South Africa through the Grobler’s gate as you make your way into Botswana. You overnight in Serowe a village town in Botswana. The drive is long but also enjoy the warm dry weather of Botswana as you in the savanna. Accommodation: Serowe Hotel

You drive further inland Botswana to the Okavango Delta, the largest inland Delta in Africa. Maun meaning ‘a place of reeds’ is a small town just outside the Delta and serves as the gateway to the Delta. Today you have the afternoon to take scenic flights over the Okavango Delta and later in the evening you prepare your backpack for your excursion in the Delta. Accommodation: Sitatunga Lodge

Your excursion in the Delta starts in the morning today. You have a transfer by 4×4 vehicles a couple hours drive to the mokoro poler- point. The delta here is only accessed by the poler driven mokoro which refers to the ‘ wooden canoe’. There are few remote villages for tribes that have always lived here. The polers mostly are from these villages and will navigate your way to your campsite through the reeds, grass and shallow waters but sometimes deep as well. Your campsite is a modern tented with stuff working there who will welcome you and show around and of course outline the ground-rules. This is way inside the Delta surrounded by water, wildlife could come as close to the campsite but you are always safe. You will have guided walks as part of the activities. Accommodation: Delta

The mokoro ride back the way you came will take you to the pick-up point where you will be transferred to the lodge in Maun. Enjoy the Delta and also have an optional late afternoon activities in Maun or an opportunity to do shopping.

We leave Maun to Nata today through the Xai-Xai national park. The Makgadikgadi salt pans will be visible as you drive through the now Savanna region with predominant butterfly trees, baobab trees and acacia trees. At your campsite there you will have a sunset drive to the salt pans or you can take a walking tour with local guides.

Today you drive to Kasane. Arriving before midday you have an afternoon boat cruise in the Chobe River which forms part of the Chobe National park. You’ll be back after sunset. Accommodation: Thebe River lodge

Today in the morning we pack our back-packs to Chobe National Park. On way to our camp we have game drive in the morning. After setting up camp in the afternoon, we have an afternoon game drive. Today is a good day to gaze at the stars as we far from any lights influence at night. Accommodation: Chobe Camp

In the morning we set off as we drive through the park back to Kasane. After packing our bags we set off for the border to Zimbabwe. Victoria Falls is Zimbabwe’s busiest small tourist town where tourists from the North and South converge. Its a real wonder of the World and forms the border between Zimbabwe and Zambia. A short walk from your campsite and you are already on the entrance of the Victoria Falls national Park. Enjoy the thundering and deafening sound of the Zambezi river as it plunges to a depth of 108 metres. There is a lot of activities to do in Victoria Falls. The other side of Victoria Falls is on the Zambian side and activities can as well be booked from here. End of Tour !!!!!

Expand/Close
How fit do I need to be?

Fitness is not a requirement. This is an overland Tour. Most times you are driving in national parks. If there will be a nature walk, it should last just under 2 hours.

What about battery charging and hot shower facilities?

Yes, you can charge batteries on campsites and lodges. Most lodges and campsites do have hot showers.

Are there ATMs on the way ?

Yes there’ll be ATMs in major towns that we pass through. Once in 3 days you will have a chance to withdraw money.

Yes. Internet can be accessed in most places. Sometimes, there might be some technical problems. But usually lodges and campsites have internet connections.

Is it necessary to hire Guides?

Our Tours are run by professional Guides. However when you go for optional game drives in national parks you would have to pay for the Guides.

How much do guides and porters cost?

Our Guides are on salary working on contract basis. We would appreciate you tipping them not less than $5 per day and porters take $15 to $25 per day on International Airports. 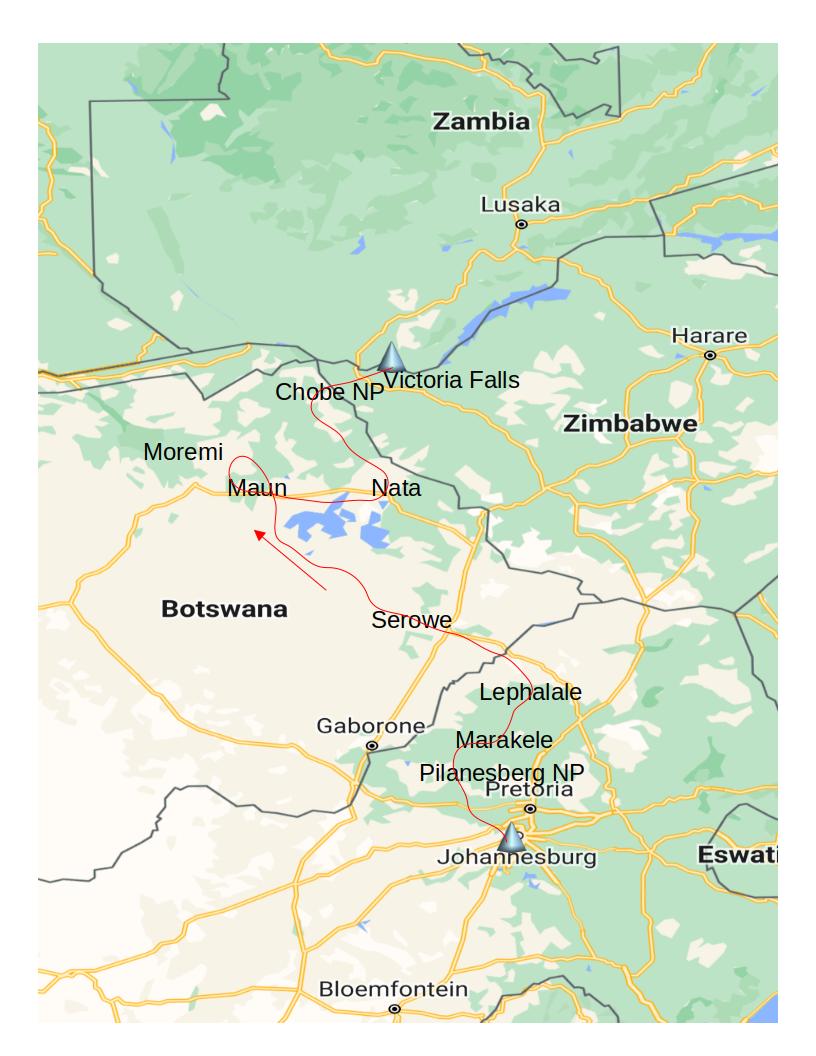